The company’s experience and know-how in defense applications are constantly enhanced through its participation in new programs and have established INTRACOM DEFENSE as a key company in the domestic and international defense systems development and production market.

Today the company is successfully involved in the manufacturing of a numerous major Defense Systems and products, in cooperation with defense industry leaders. We are proud to work with world-class companies (customers and partners) across the globe such as Boeing, Diehl Defence, Kraus-Maffei Wegmann, Northrop Grumman, Raytheon, Ramsys, Rheinmental Defence, Saab, Thales, Hensoldt (former Zeiss Optronik) etc. 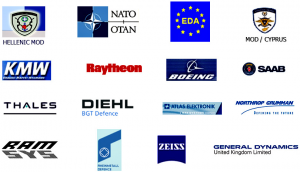 It is worth to mention the company’s involvement in significant ΝΑΤΟ programs, such as the mid-term modernization and upgrade programs of the AWACS aircraft.

Furthermore, its contract with NSPA (NATO Support Agency – former NAMSA) for the maintenance, repair and support of the European PATRIOT systems, as well as the US systems located in Europe, is included among the company’s latest successes.

Another major international activity where INTRACOM DEFENSE is giving emphasis is the participation in significant multinational programs (IRIS-T and ESSM missiles) from original design phase in cooperation with international defense industries. The high quality standards and capabilities of INTRACOM DEFENSE have established the company as a reliable partner in the successful international course of these missile programs.