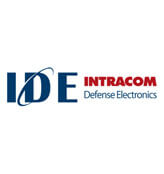 October 9, 2006: INTRACOM Defense Electronics participated in the 14th international exhibition Defendory 2006. Both the political and military leaders of the Greek Ministry of National Defense as well as commercial missions, government and Armed Forces representatives from all over the world visited the company’s booth.

During the exhibition the company signed a M.O.U. with ROMARM, the most important defense industry in Romania with 15 production sites and one research centre. The M.O.U. concerns a partnership in programs of common interest and contributes to the development of cooperation between Greek and Romania defense industries, according to the recent announcements of the Defense Ministries of both countries.

INTRACOM Defense Electronics CEO, Mr. George Troullinos, participated in the conference of the Association of the Hellenic Defense Industries, which took place during Defendory 2006. Mr. Troullinos’s speech was titled “R & D, the key to competitiveness and participation to the European Defense Agency”. Mr. Troullinos emphasized the need for R&D support, as well as for the participation of Greek defense industries in new multinational development programs.

Specifically, Mr. Troullinos referred to examples of Greek participation in multinational programs, now in production, where INTRACOM Defense Electronics participates, such as the European IRIS-T missile (12 industries from 6 European countries), the ESSM missile (18 industries from 10 countries) and the NATO AWACS.

Speaking on R&D investments, Mr. Troullinos said that INTRACOM Defense Electronics invests an average of more than 6% of its total turnover annually and has developed its own specialized products such as WISPR that has been chosen by the Czech Ministry of Defense and the German company Krauss-Maffei Wegmann (KMW).

Last but not least, INTRACOM Defense Electornics CEO underlined the need for a long-term national strategy for the support of the Greek defense industry participation in defense programs. This strategy will bring important benefits to the national defense, economy, as well as research and production infrastructure.